By default WSPBuilder builds solutions with the DeploymentTarget attribute set to GlobalAssemblyCache. All assemblies provisioned by the solution will be deployed to the Global Assembly Cache (GAC) of the target web server which might not always be desirable/doable. There are a couple of ways of how to change the DeploymentTarget to the bin directory of the target Web Application. 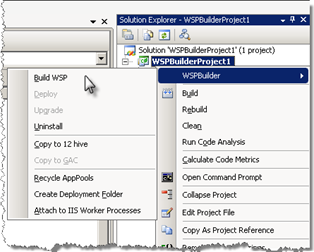 What you need to do is to modify the Output Path of your project. Go to Project Properties > Build and change Output path to 80\bin\. 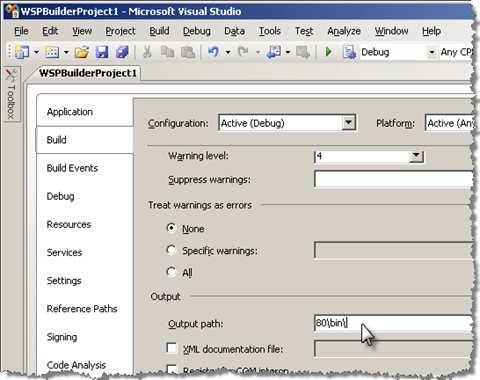 The idea behind this solution is that WSPBuilder automatically deploys all assemblies from the 80\bin\ directory to the bin directory of the target Web Application. Of course you could manually copy the assembly to 80\bin\ it’s way better to have it done automatically just to be sure that the WSP always contains the latest version.

From now on each time you build your project and let WSPBuilder build the assembly, it will be flagged inside the WSP as an assembly to be deployed in the bin directory of the target Web Application.