The new Visual Studio SharePoint development tools help you not only with creating solutions but also with deploying them to your SharePoint server. If you are new to the tools there is a whole section on MSDN dedicated to Packaging and Deploying SharePoint Solutions using the new tools.

The coolest thing about the Deployment Configurations is that they are fully customizable: not only you can define your own configurations, but you can also create custom Deployment Steps.

Out of the box the Visual Studio SharePoint development tools ship with a number of Deployment Steps. These steps cover the most common tasks like recycling Application Pool, deploying Solutions and activating Features. 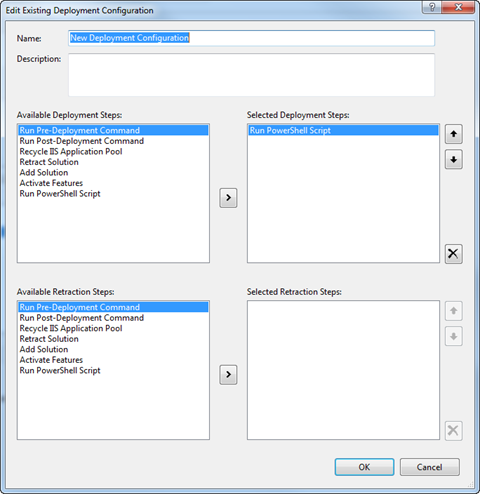 In your Deployment Configuration you can select either one or multiple PowerShell Scripts to be executed during the deployment. Just pick a Run PowerShell Script task for every script that you want to execute. 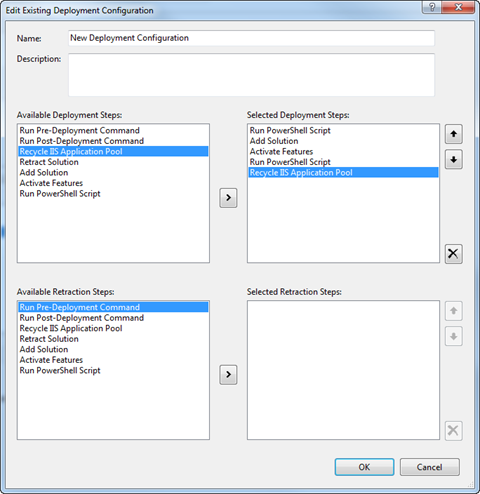 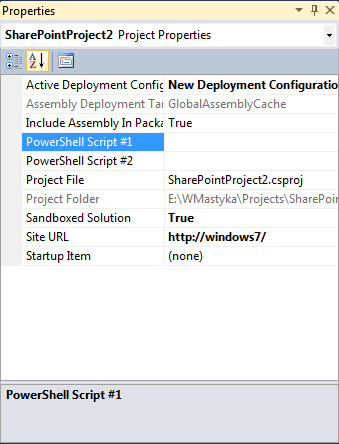 Using these properties you can define which PowerShell scripts should be run for every task. 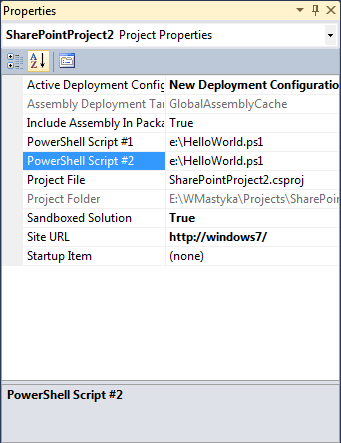 Finally when you choose Deploy from the Project menu, the Deployment Configuration will be executed and the PowerShell scripts, that you specified in the Properties Window will be run: 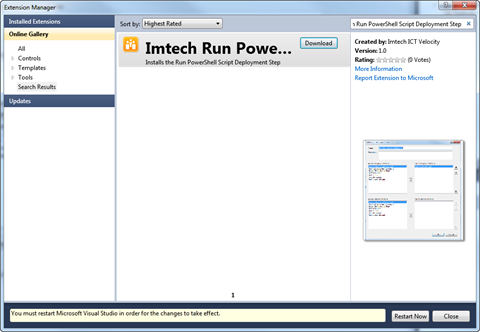