A while ago Microsoft provided us with Visual Studio 2010 SharePoint Power Tools – a set of productivity extensions for the Visual Studio 2010 SharePoint Developer Tools. One of the improvements shipped with the Power Tools is the Visual Web Part (Sandboxed) that – as the name says it – allows you to both benefit of the great design capabilities of Visual Web Part while still being able to deploy it to Sandbox. Unfortunately if your Sandboxed Visual Web Part will get too large things won’t be working as expected anymore.

When working with Sandbox things look a little different. Sandboxed Solutions have no access to the file system and therefore cannot deploy any files, such as User Controls, to the SharePoint Root folder. Luckily, there are better alternatives for us than coding the UI in our custom Web Parts. 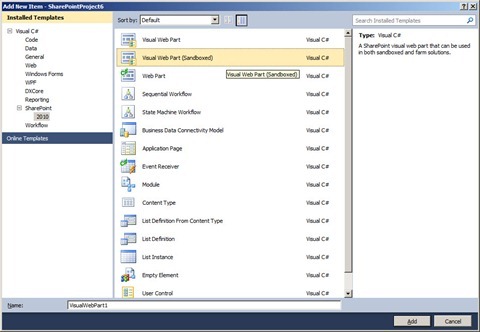 There is however one ‘however’…

The name ‘InitializeControl’ does not exist in the current context

Recently, while working with the Visual Web Part (Sandboxed), my fellow developer stumbled upon a weird issue. After implementing some UI in the Sandboxed Visual Web Part’s User Control, he got the following error while trying to build the project: 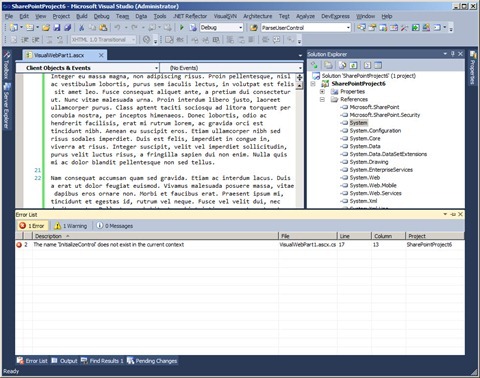 Surprisingly: the User Control’s designer file (.ascx.g.cs) was missing! What’s also surprising was that a newly added – empty – Visual Web Part (Sandboxed) didn’t give such error. So what was exactly going on? 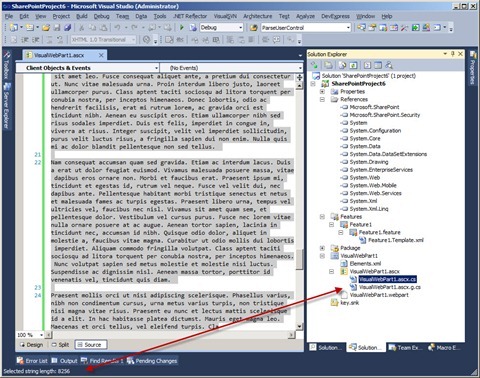 Once you add another character to the file and save it, the ascx.g.cs file will disappear and the familiar error will appear if you try to build the project. 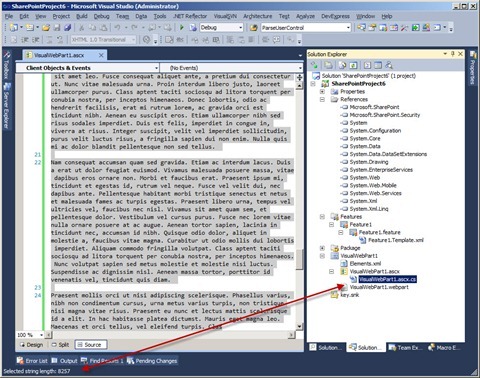 So does this mean we have to slice UI into multiple controls in order to use the Sandboxed Visual Web Part?

The great news is, that we don’t have to do anything with our code! Last December Microsoft published Visual Studio 2010 Service Pack 1 Beta which fixes this issue. After you install this Service Pack, the limit issue is solved and you can proceed with designing rich and complex UIs for Sandboxed Visual Web Parts.

Big thanks to the Visual Studio team for fixing this bug!